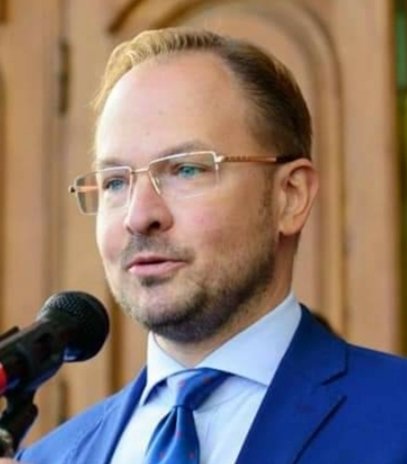 He has significant international and diplomatic experience. He worked in the diplomatic service at the Ministry of Foreign Affairs of Ukraine and the Embassy of Ukraine in the Islamic Republic of Iran. He also worked in the United Nations Development Program in Ukraine.

He has significant experience in public administration: in 2014-2019 he worked as Deputy Minister of Youth and Sports of Ukraine for European Integration, was Vice-Chairman of the UNESCO Intergovernmental Committee for Physical Education and Sport. He did internships in the leading mass media in Europe: the French newspaper Le Monde and the German - Frankfurter Allgemeine Zeitung, etc.